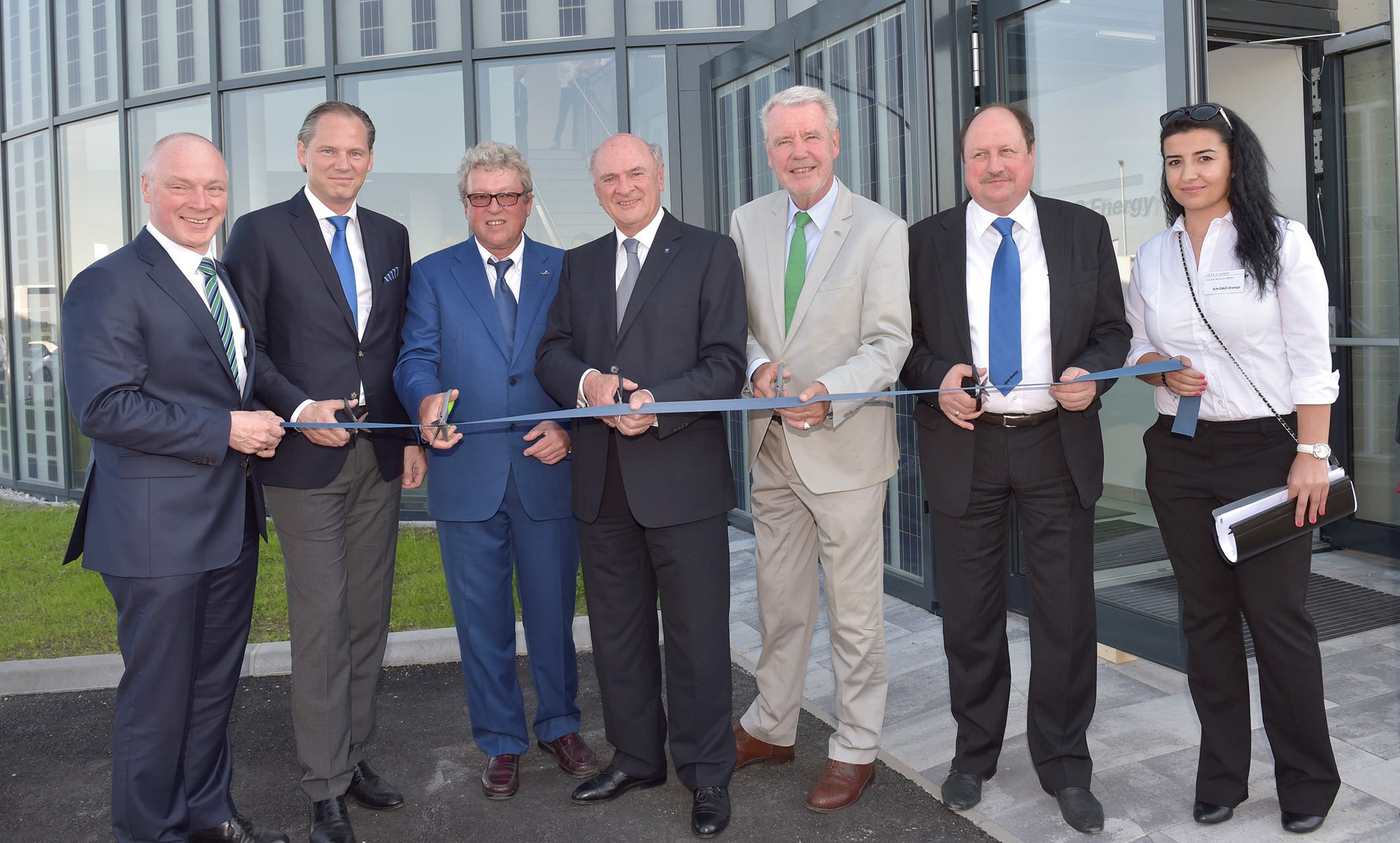 The young company DAS Energy GmbH from Wiener Neustadt, Austria has jumped on the bandwagon of the future potential of photovoltaics.

DAS Energy GmbH was founded in 2010 with the active participation of the Diamond Aircraft Group and is situated in Wiener Neustadt. After several years of research and the development of marketable and innovative photovoltaic modules of the new type the company has decided, together with its partner Alternative Energy Solutions GmbH, to invest in a new production facility. In July 2015, the ground-breaking ceremony took place at the site in Wiener Neustadt. Only ten months later, in May 2016 the new building opened and is home to all departments of the company. Production was also able to start.

“Today’s opening is an important signal in economically challenging times: As economy always depends on mood, it is important that there are entrepreneurs like Christian Dries and Michael Oberdorfer, who invest and thus, in the case of DAS Energy, use clean energy from the sun to power the economic engine with new fuel. As the business agency of Lower Austria, we are proud to be able to drive this development through our daily work for companies” according to ecoplus Managing Director Mag. Helmut Miernicki.

DAS Energy GmbH is an innovative and ambitious company, which develops and produces non-glass photovoltaic modules. Instead of glass, the company uses glass-reinforced plastic, which is normally used in the aircraft construction of Diamond Aircraft Industries. The modules are produced on the basis of silicon solar cells. This technique enables both lightweight and flexible application. Thus, the DAS Energy modules can be integrated into modern architectures as well as enabling energy supply to remote regions. Furthermore, caravans, boats, golf carts, etc. can be equipped with the ultra-light and flexible photovoltaic modules. Waiving of glass for the manufacture of the modules and the application of special processing methods could have the effect of higher power yields than using standard modules. New technologies and ongoing development meet every customer’s requirements, now and in the future.

Christian Dries: “Our vision is to integrate solar technology into the architecture in those countries which have enough power to minimize emissions. Our second goal is to make electricity available in remote regions.”

Michael Oberdorfer: “Our products differ significantly from conventional modules and are, due to their flexibility and lightness, highly versatile in their application. It is thus now possible to contribute to energy transition in a number of ways.”

DAS Energy GmbH provides a valuable contribution to energy policy with its innovative products and sets new standards on the energy supply market.